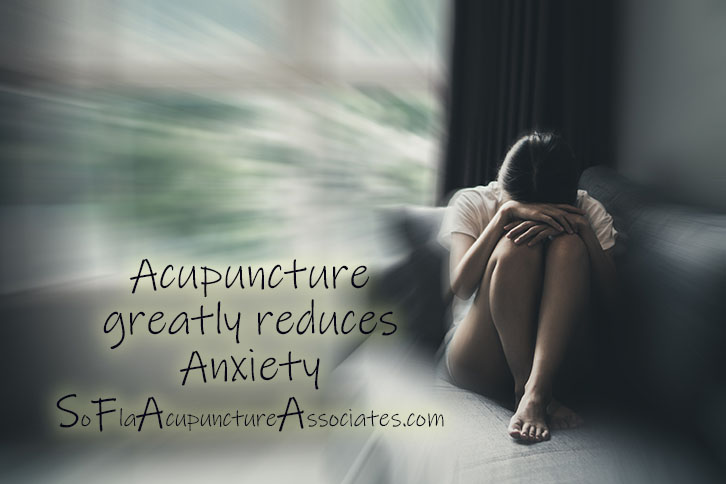 By Dr. Matthew Enright – Parkland,  Florida – Anxiety disorders are very prevalent in today’s society. Most of us know someone who is afflicted. In fact, they are the most common mental disorder diagnosed in the United States. They also affect all types of people from all walks of life. Anxiety disorders include generalized anxiety disorder, panic disorder, separation anxiety disorder, social anxiety disorder and more.  According to WHO, The World Health Organization, 33.7% of the world’s population suffers from this disorder, with 40 million Americans estimated to be part of that lot.

Experts and the general public know that this problem can be treated with conventional methods. Usually with antidepressant or anti anxiety medications.  However, there is little data to show that prevalence rates are going down even with so called pharmacological “advances.” It is also interesting to note that less than 40% of anxiety sufferers take the initiative to seek treatment. Also, as you get older, your predisposition to anxiety disorders gets lower.

There is no specific disorder by this name. The term is a blanket name for a range of disorders known to lead to worry, fear, apprehension and nervousness. The disorders include generalized anxiety disorders, social anxiety disorders, specific phobias, substance-induced disorders and a lot more. The conditions have an impact on what you feel and how you act. Mild anxiety lives on for an indefinite amount of time and is just a little unsettling. Extreme anxiety could be debilitating and has a huge effect on your normal life. The good news is that with the right treatment, the patient can live a fulfilling life.

Scientists do not know what precisely causes anxiety disorders, but they know that a combination of factors can raise the chances of prevalence. Below are those factors;

Treatments for Anxiety in the West

Psychiatrists that practice Western approaches to treatment swear by the use of antidepressants as the ultimate solution to anxiety. Serotonin Reuptake Inhibitors (SSRIs) are widely used today because of their ease of consumption as well as their tendency to elicit fewer side effects compared to the older, more basic Tricyclic Antidepressants (TCAs).

Interpersonal Therapy is also considered an option. So far, trials have shown that anxiety patients react well to this kind of therapy. There is actually a clique of professionals who argue that there is no evidence that CBT works better than IPT.

Acupuncture as A Solution to Anxiety

Acupuncture is not a new approach in the treatment of illnesses. It has been with us for thousands of years now but was, for a long time, the preserve of the Orient. This has been changing over the years.  The Anxiety and Depression Association of America (ADAA) has in fact come out to say that there is a growing body of evidence that acupuncture works, and that it should be used more for anxiety and other illnesses. There are acupuncture clinics cropping up all around the country, and that is good news for everyone.

In 1997, the National Institutes of Health (NIH) published a document supporting the use of acupuncture in the treatment of various disorders, one of them being anxiety. That such a credible organization would endorse acupuncture is a great source of vindication for professionals and patients.

A few years ago, Georgetown University Medical Center carried out a study that was eventually published in the Journal of Endocrinology. In the study, rats were placed in stressful conditions and then treated via acupuncture. The use of this approach rewired their brains in such a way that the action of some neurotransmitters was altered while others were suppressed. Still, the action of some were enhanced. At the end of this chain reaction, the subjects became significantly less stressed.

Anti-depressants and anti-anxiety medications come with side effects, and some of them can be highly discomfiting. Acupuncture is a stark contrast to those types of medications. It manages to treat the body in a holistic way that leaves you with a healthy body and mind, and no side effects to deal with.

At our Parkland, Florida Acupuncture Clinic, we believe in restoring the health of our anxiety patients using acupuncture and other holistic Chinese medicine practices. Reach out to us now so that we can fashion a treatment regime that is unique to your needs.