Acupuncture and the Treatment of Bell’s Palsy 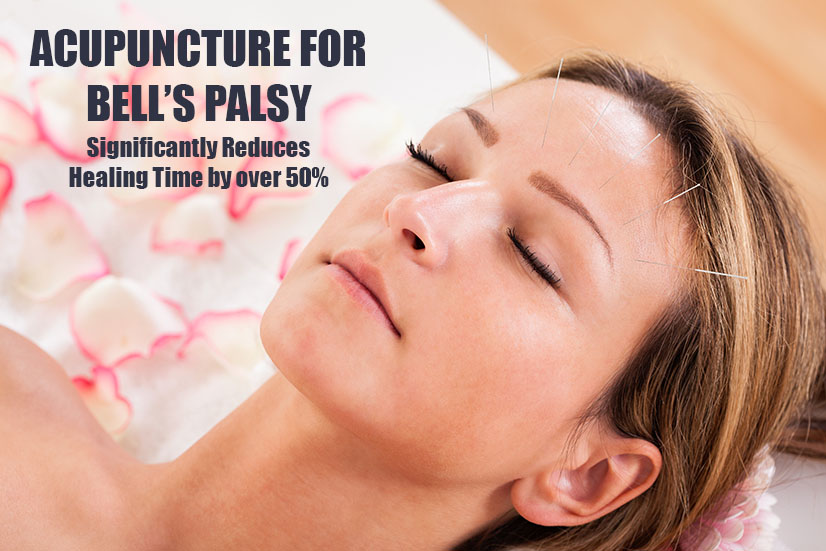 By Andrew Agoado AP – Parkland, Florida – Acupuncture and Chinese herbal medicine have been shown to combat Bell’s Palsy effectively. The condition is one that remains confusing to the medical fraternity and stressful to the patients affected by it. According to Chinese Traditional Medicine, the aim of treatment is to resolve damp, expel wind, improve blood flow and revitalize qi. At our Parkland, Florida acupuncture clinic we have had much success over the years treating this condition. Here is some information about this condition, Bell’s Palsy, that you should know about.

What is Bell’s Palsy? The 7th cranial nerve, which is the facial nerve, is responsible for all movement on the face including facial expressions such as blinking, smiling, frowning and such. The muscle also serves to carry impulses to the tear and saliva glands as well as the muscle attached to the stapes (a small bone in the ear and the smallest bone in the body). The facial nerve also relays taste sensations from the tongue.

The 7th cranial nerve is protected by the fallopian canal which reaches the muscles at either side of the face. Bell’s Palsy affects this nerve such that a patient’s face is paralyzed. Such can be the cause of damage or trauma to the nerve. The facial nerve can be affected by a number of anomalies like traumatic, compressive, metabolic, infective or inflammatory problems of the facial nerve.

Etiology and incidences of the condition

Most patients affected by peripheral facial paralysis suffer from Bell’s Palsy (BP). 70% of cases of facial paralysis across the world are as a result of BP.  There are approximately 1 in 6,800 or 0.01% or 40,000 people in the USA affected by this condition each year. The condition affects men and women at the same rate and usually appears starting from the mid-30s.

The facial nerve is entrapped in the labyrinthine part of the bony canal, causing compression and ischemia. As a result progressive inflammation begins around the nerve fibers. Viruses such as HIV, Epstein-Barr virus and hepatitis B virus have been linked with the onset of this inflammation (Yanagihara, 2000).

Bell’s Palsy cuts nerve impulses moving from the brain to the face and typically begins by affecting one side of the face (Adour KK et al.). Though the common type affects one of the facial nerves, there are cases where the condition affects both.

The condition normally affects facial expressions and is also accompanied by saliva dribbling from the affected side of the mouth. In some cases, the patient may lose the sense of taste and form intolerance for loud noise (Singhi P and Jain V, 2003).

Symptoms of the condition show up quickly and progress speedily through the first 48 hours. These include;

Bell’s Palsy was named after Sir Charles Bell, a 19th century Scottish surgeon whose work helped the medical community understand the connection of the cranial nerve to the condition. Bell’s Palsy is not connected to stroke in any way.

Treatment usually focuses on expectant management where doctors monitor the patient for any signs of spontaneous recovery. First to be treated is the eye so as to avoid ocular-related effects.

According to Brown JS (1982), the application of steroids such as prednisone works well especially when administered right at the onset of the condition. Shafshak TS (1994) recommends steroid treatment within 24 hours of paralysis. Steroids may have been questioned when used in small children but research has dispelled any fears of negative effects of steroidal treatment in children.

Research showing the efficacy of acupuncture in treating Bell’s Palsy

There are a lot of findings pertaining to treatment of Bell’s Palsy using acupuncture. A study conducted by Hou YL et al. treated 79 cases using acupuncture and He-NE laser. The study ran for a week after which the participants, who were divided into two groups, were evaluated.

One group , the control, which used conventional treatments showed lower treatment success as opposed to the second group which applied acupuncture and He-Ne laser treatment. The acupuncture group had a cured rate of 81.8%, well over the 45.2% of patients cured through conventional medicine.

Qui HX et al. (2006) also conducted a study to show the efficacy of penetrating needle acupuncture for facial paralysis. A group of 100 test subjects was divided into two. The acupuncture group showed positive results, recording a cured rate of 76%, slightly above the group using conventional medicine, which recorded a cured rate of 55.6%.

Li Y et al. also demonstrated the use of acupuncture and moxibustion in treating Bell’s Palsy. The research group used the House-Brakcman scale and the FDI score, which consistently showed the effectiveness of acupuncture for such treatment.

There is a lot of valuable information about the use of acupuncture in treating various medical conditions. Even though test groups may have a wide range of variances, each has shown acupuncture to be a realistic and effective treatment for conditions such as Bell’s Palsy.

Our Parkland Florida Acupuncturists, Dr. Matthew Enright and Dr. Andrew Agoado want to help you with your Bell’s Palsy. Please reach out  and receive a free consultation today!