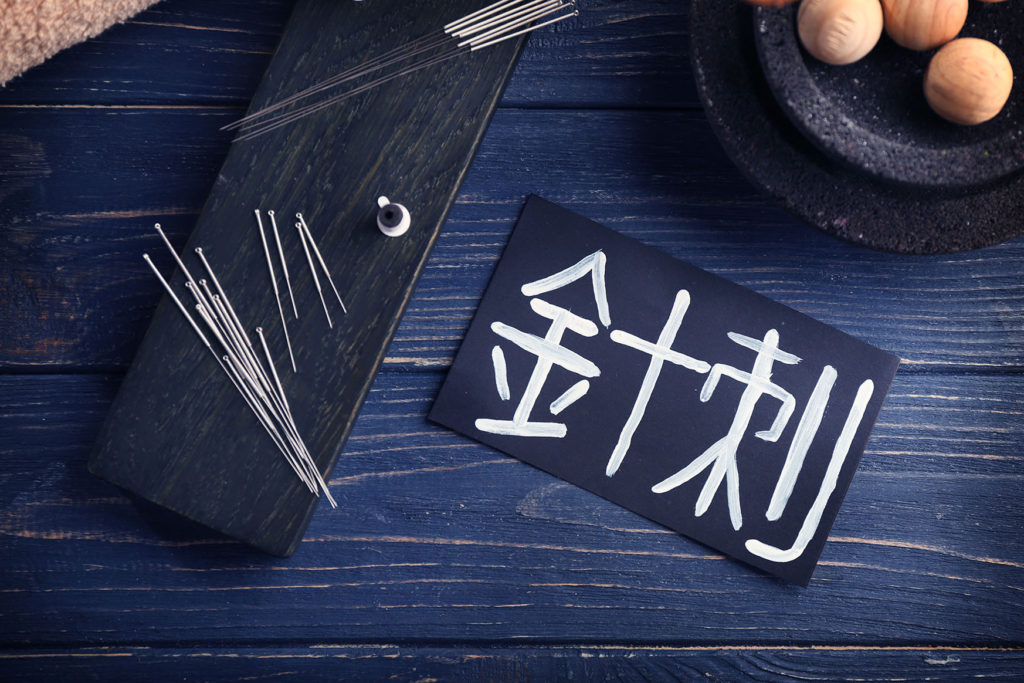 By Matthew Enright, AP, DOM – Parkland, Florida – Acupuncture has been a key means of treatment in Traditional Chinese Medicine (TCM) for centuries. It is one among a gamut of treatment methods used in TCM. The mode of treatment, which is nothing new to Eastern forms of therapy, is now permeating into Western treatment practices. At our Parkland Florida location, we are proud practitioners of this style of medicine and enjoy sharing this powerful method of treatment with members of our community.

In recent years, there have been numerous clinical trials and studies showing the efficacy of acupuncture as a form of treatment. In many such studies, the results have been positive, showing that acupuncture has a calming effect for many clinical problems that we experience. There has been a lot of debate about how acupuncture actually affects the body. In many clinical trials, acupuncture has been found to boost the release of neurochemicals including serotonin, β endorphins and enkephalins. In TCM, these are also associated with energy pathways in the body known as meridians through which the Qi energy flows.

In the Western medical treatment regimen, acupuncture has been accepted as one of the main complementary treatments since it is much safer and less invasive than most options available. The fact that it has been used to alleviate the symptoms of a large spectrum of disease and conditions without the side effects normally associated with pharmaceutical treatments has also made it a more viable option.

There are recorded instances where acupuncture has been used as a form of treatment dating as far back as 2,000 years ago. Other sources place the genesis usage of acupuncture at least 4,000 years ago. Rudimentary forms of the practice involved sharp stones that would be used to cut the skin and release unwanted fluids from the body. As it developed, the sharp stones used evolved to improved stone needles used to prick the skin lightly. It is one of the reasons the practice is thought to date back to the Stone Age.

As the practice took off, the needles became more improved as well. Stone was substituted for pottery and later advanced to silver, bronze and golden needles. Since the onset of acupuncture as a form of treatment, the practice has become much more sophisticated as thin, sterile filiform needles are the most used presently.

The workings of acupuncture from a TCM standpoint

TCM experts hold the belief that Qi energy in the body should always be balanced. When your Qi is off, it causes blockages which in turn cause disease. Acupuncture is meant to clear the body’s pathways for Qi energy (known as meridians). According to doctors at Columbia College of Integrative Science, TCM specialists are expected to know about the body’s pathways for Qi energy in the same way practitioners of Western medicine know about physiology of the body. This is mainly because acupuncture only works when the acupuncturist knows which channels in the body to work with in order to release your Qi energy. This is how the healing process is initiated.

Some Western practitioners may not know much about Qi energy. However, research into the complementary form of treatment has shown that there is a real potential of treating various medical conditions using the practice both as a standalone treatment or a complement to western treatments. The approach is particularly appealing to Western medicine due to its connection to brain function. Acupuncture is known to release painkillers, for instance endorphins, which can be used to alleviate pain stemming from sundry medical conditions. Acupuncture is also accepted as one way to improve blood flow within the body. Patients who undergo acupuncture therapy enjoy unhindered blood flow soon after therapy.

What does acupuncture treat?

The main focus of acupuncture is the treatment of different types of pain. In Western medicine , the alternative therapy is mostly used for patients complaining of migraines, sleep deprivation and insomnia, depression and anxiety, after-effects of chemotherapy among a gamut of other applications. The practice has also been used with a little electric current as well for purposes of alleviating pain.

Acupuncture is also lauded as a viable treatment for a number of respiratory conditions such as bronchitis, asthma, sinusitis and cold. However, the most common reason most people go for acupuncture therapy is the sense of release that comes with it. The practice has been known to offer patients with no medical difficulties a sense that pent-up emotion is cleared and the mind relaxed. The state of feeling relaxed is good for your body and also does a lot for your psyche.

Research on the efficacy of acupuncture

The National Center for Complementary and Integrative Health (NIH) has carried out lots of research on the efficacy of acupuncture as a form of treatment. Many of these clinical trials and studies have resoundingly supported the idea that acupuncture is effective in treating clinical conditions in Western medicine.

A 2012 project carried out by Andrew J. Vickers and his colleagues studied the efficacy of acupuncture in the treatment of chronic pain caused by arthritis, migraines and a number of other conditions known to cause searing pain. The study was published in the Archives of Internal Medicine.

The British Medical Association also carried out a survey in the year 2000 aimed at practitioners. An overwhelming number of them recommended acupuncture as a complementary form of treatment for patients afflicted by different medical conditions.

There have been a lot of studies conducted about the viability of acupuncture as a form of treatment in western medicine. As of today, over 4,000 such studies and clinical trials have been conducted. In many of these, acupuncture has been endorsed as a safe and viable way of treating different types of pain from various health conditions. Patients need to seek the services of certified acupuncture specialists who understand what acupuncture is and how it ties in with TCM. Professional acupuncturists will also ensure that needles are sterile and the requisite additional services are administered.

If you live in Parkland, Florida please give us a call and schedule a free consultation. We are confident that acupuncture and TCM can help you!